A Celebration of our Great Basin Culture!

Auction will be held at Holabird Western Americana Collections in Reno Thursday through Monday,  March 7-11 beginning at 8am pacific time each day.

Lots can be previewed in person by appointment or at the HWAC office the day before the auction. 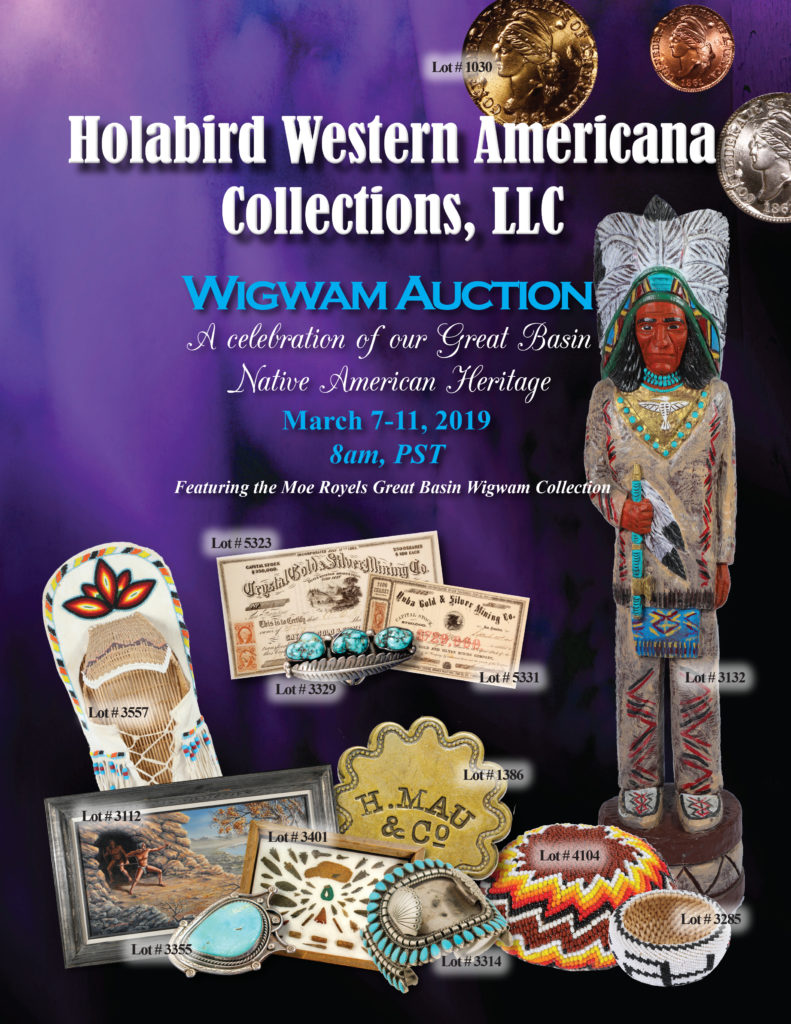 Morris Royels collected Native American artifacts since he was a child living in Wadsworth and Fernley, Nevada in 1940. After release from the Army in 1961, he married his first wife Mary and together they operated the “Dainty Cone” in Fernley, a local hamburger and ice cream stop. The business thrived on Moe’s cooking, and over the years came expansion and remodeling. Moe began putting some of his artifacts in the Dainty Cone, which became a popular attraction, since the business was located along the major highway long before the freeway was built. They changed the name to the ”Wigwam” in 1984 to reflect their collection and friendship with the local communities of Nixon, Wadsworth and Fernley. In the 1990’s they completely rebuilt and modernized into the Wigwam as it is today, proudly displaying their massive collection.

Moe and Mary bought and were gifted hundreds of artifacts from their friends over the nearly six decades the business was open. They reflect the wonderful cultures of Native Americans in the Great Basin, as well as other locations throughout America. These artifacts will now be offered at auction during the first few months of 2019. Be sure and request a catalog for this unique opportunity to share in the special history of the Great Basin.